Heads and tails on the Kamchatka Peninsula

The popular project "Heads and Tails" got to Kamchatka!

For those who have never watched this show, telling the essence. Two leading, Andrew and Anastasia, travel the world and visit different countries and places of interest. At the beginning of the transfer, they throw up a coin. The winner receives a bank card, with unlimited limits, which he can spend on their journey. And the second have to keep within the $ 100. The idea is that with any budget can be fun to spend time and learn a lot.

Heads and tails - Kamchatka. Now they come to us and spend a few days exploring the beauty of the Kamchatka region. In this series, Andrew, "how lucky", goes in search of adventure with 100 dollars in his pocket. Nastya had a chance to break away from complete, and she chose an individual route, where all the places visited alone. If you do not have a credit card with no limit, you can always join a group of tourists and much cheaper to all major sights. Who spent time more fun for you to decide.

Go! First of all, Nastya decided to visit the Kronotsky Nature Reserve, an expensive organized tour by helicopter. 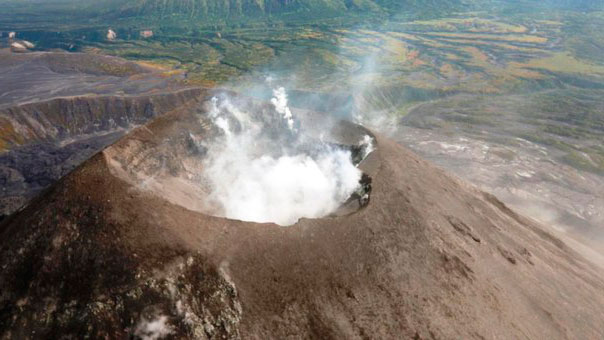 Looking from a bird's flight to the active volcanoes, they are a group of operators have landed in the Valley of Geysers. Anastasia shared sensations like to transfer billions of years ago and see how the earth originated.

After inspecting the mud pools and geysers it's time to go fishing. Breaking the water on the boat and meeting the local owners - bears, Nastya got to the hiding place and caught rainbow trout. Then, on the spot, from caught chinook was got out caviar and cooked it fast way. After 5 minutes, the caviar was ready.

Anastasia spent the night in a luxury hotel.

On the second day of stay in Kamchatka, our traveler went to the volcano Mutnovsky. At a special machine vahtovka, she has reached to the foot of the volcano, and then made the climb to the top of the foot. To get to the crater of Mutnovsky volcano is quite simple. Here, opens just space views. 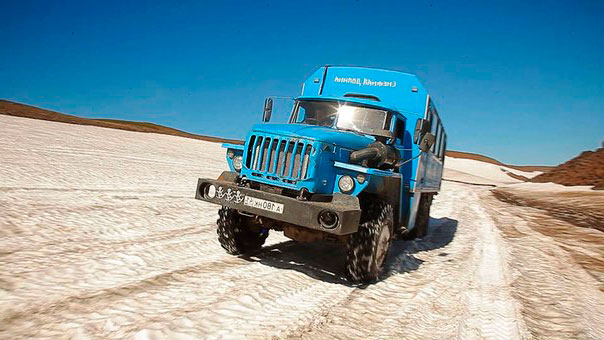 Andrew began his route from the airport Yelizovo and got to Petropavlovsk-Kamchatsky by bus. Upon arrival, he went for a walk around the city and enjoyed views of the background buildings.

Andrei had great surprise, that we have expensive products. Yes, that is right. Communication with the mainland have any aircraft or sea vessels, so expensive to import products.

But what is enough in Kamchatka - so this caviar and seafood. So he went to the local market and ate a big spoon of red caviar on the spot. )

With overnight Andryuha kept his head and, having become acquainted with the local guys - surfers, has stayed the night with them on the beach in a tent.

Waking up early in the morning, Andrew walked along the beach, breathe fresh ocean wind and went by hitchhiking to the foot of Avacha volcano. This is one of the ”home” volcanoes and is close enough to the city. (If truth be told, it was not passing cars, but a staged scene. So if you are thinking to visit the volcano, consider different options for the route). Climbing to Avacha pass, our hero visited the valley and watched surrounding volcanoes from a high point of view. 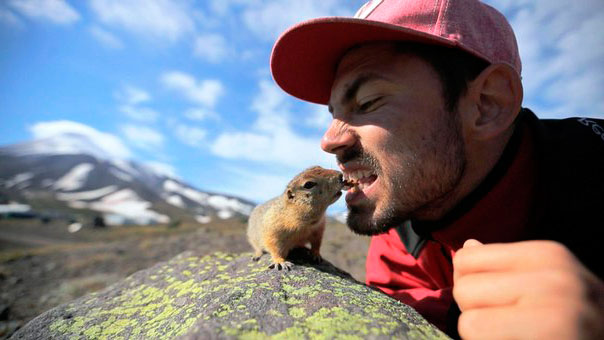 The second day finished watching the sunset on the shores of Avacha Bay. There, at the tongue of land of the lake, he met with Nastya and finished their journey.

Attention! Although Andrey and Nastya on the video alone go on trips, need to understand that it is shooting area and with them go the operators and guides. By one to go to such routes is quite dangerous. You can meet not only the hungry bears, but also fall in some crevice.