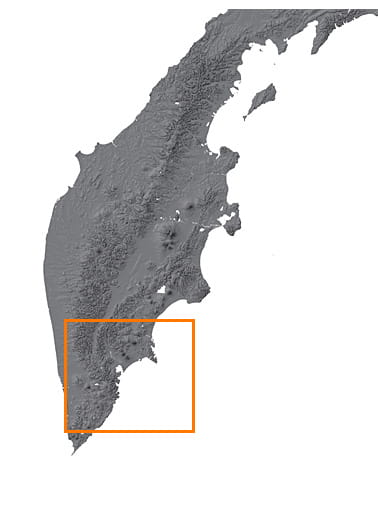 Cruise to the Avacha bay and the Starichkov island Tour

Equipment for a cruise to Starichkov Island

It may be quite windy, even in a sunny day. So, it is better to think about clothes in advance. We recommend you to have following items:

If you get seasick, take some Dramamine with you. There are some pills in first aim kit, but they can be not good for you.

The cruise is held from June to October, in group form.

In hot summer season, when there are many tourists in Kamchatka, boats go twice a day every day. To be in group, send a request to our website.

The price does not include:

What is this island?

Starichkov Island became a natural monument of region importance in 1981. The main task is saving of numerous birds colonies, maintance proper conditions for their nesting and increasing of birds population.

It is located in 12 km to the south from the entrance to Avacha Bay, which is considered one of the biggest in the world. The distance between the island and the capital of Kamchatka region is 30 km. The island is washed around by waters of Pacific Ocean and is surrounded by coastal reefs.

The square of the island is only 0.5 sq.km; its height is 140 m. Flora is presented with meadow grasses. There are 70 types of vascular plants here. It is typical for islands, where birds live. The island is a zone of Sagina growth.

There were registered about 44 nesting colonies and 11 species of colonial birds in the island since 1995. You can observe cormorants, red0legged kittiwakes, guillemots, common murres, horned puffins, tufted puffins and famous murrelets. The whole island is named sfter these birds - Starichkov (Russian).

There are two small rocky islands - Chasovoi and Karaulny - near Starichkov island. These coastal reefs, which are more amazing during the tides, are loved by representatives of Kamchatka fauna, which are common seals and seals. You can observe dolphins and orcas here. During the cold seasons most part of animals migrates from this protected area. Visiting Starichkov Island is regulated by the law.

Started the engine and go forward! The first thing we see is the exit from the harbor, and the wind, getting stronger, will let us know, that we are close to enter the Pacific Ocean. You will observe constantly changing beautiful landscape around you.

During the cruise to Starichkov Island, we will visit one of the main landmark of marine Kamchatka "Three brothers" rocks. According to the legend, three rocky brothers stand next to the entrance to Avacha Bay to protect and keep calm of this place. They create the image of protecting and strength, you will not be indifferent. There are nesting birds on these rocks, and they form noisy bird colonies.

We will see different view of "Three brothers" rocks. During the excursion, we will get closer to them and stop for a while. A professional diver will dive into the Pacific cold water and return with delicious sea food delicacies - sea urchins, which are considered to be very good for health and used in cookery all other the world. We will go out of Avacha Bay and move toward the Ocean. Next point of our excursion is a small bay, called Grotovaya (grotto). The bay has such a name, because there are many not deep beautiful caves - grotto - in it. It became a refuge for sailors during the storm many times.

If the weather is good, we will board small boat and go to observe the bay. You will have a chance to get to know the nature of this place better. The main point of our destination is getting closer and we are moving directly towards Starichkov Island. On our way, we will meet common seals and seals, basking on coastal rocks near small islands around. In addition, a noise of numerous birds colonies will fill the air.

Having approached the Island, we will anchor. It is a good time for fishing. The captain assistant will give us fishing rods and bait, tell us about finesses of fishing of Pacific Ocean fish and will wait the first catch with us. The depth is about 35 m here, and all fish is near the bottom, so immerse your hooks lower. Meanwhile, lunch time is coming! While you are busy with fishing, the freshest, fragrant, hot fish soup is set the table. There are sea urchins caviar on the table as well.

Happy and well fed we will weigh anchor. At least we will go around Starichkov Island. We will get close and take beautiful photos. On the way, back we will enjoy the view of the Pacific Ocean and sea breeze. Our cruise is coming to the end. We are looking forward to see you again!