We would like to start the story of Beringia from fascinating fact: it turns out, about 70% of the time the race the dog spend in the air, because they quickly move his legs, trying to win the competition.

It is not a secret that the dog sled race is held in the Russian North for many centuries. Of course, in the beginning - it was just a competition between the teams, which carried loads, then - fun in the national celebrations.

In the XIX and XX centuries mushers from Russia was named the best around the world. Needless to say that, according to historical records, the 30-ies of the last century, our participants have been the winners of international races held in the United States and in Canada, showing record levels.

After a difficult period, when abroad these races have turned into a sport competition and in Russia the recovery of racing started only at the end the 80s, the races were held again in Chukotka and Kamchatka. The main specificity - is the use of long narrow sled, made from wood in the traditional style.

Beringia is a great event that brings together people, praising loyalty, courage, friendship of animal (Alaskan malamutes, huskies) and man!

The history and evolution of Beringia

"Beringia" - a rather young event has already become a tradition. In Kamchatka the sled dog race is held every year since 1990.

The idea of this format of racing belongs to the magazine "Northern expanses." The first race was held successfully in April 1990, with the financial and information support of the All-Union Fund of the North, Siberia and the Far East. The length of the route is 260 km. There were 8 sleds with amazing beauty and endurance dogs.

Every year is the important stage of development. The race in 1991 became the shining example of it. Its length is 1980 km. In 1992 - more than 2,000 km. By the way, the last races were rightly entered in the Guinness World Records, becoming the most extended around the world. 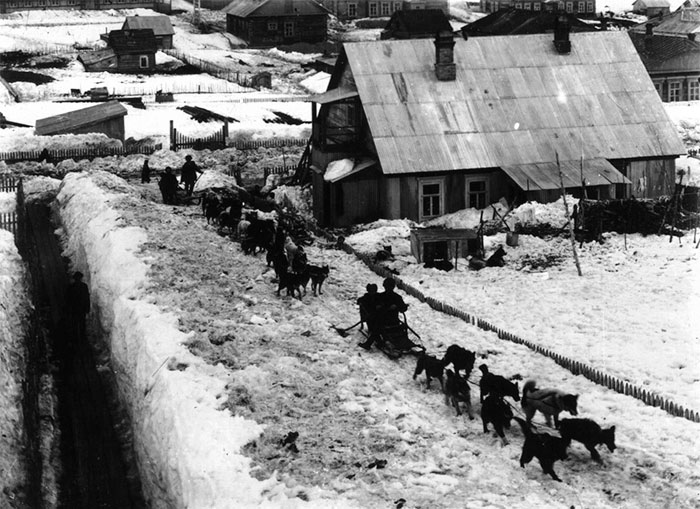 It’s interesting that in 1991, the race stops and starts every day, and in that period the support came from only 1 helicopter, following the route of the mushers. From the 10 participants, only 5 were able to get to the final, and the winner was Pavel Lazarev, who was a musher of Karaga.

Today the route is 1110 km. People from all over the world come to personally understand what is "Beringia", and then the whole year waiting for a repetition.

Musher who goes first to the middle of the route gets very valuable from a cultural point of view, the prize in memory of Vladimir Samarski. He was a Kamchatka pilot who became a legend. 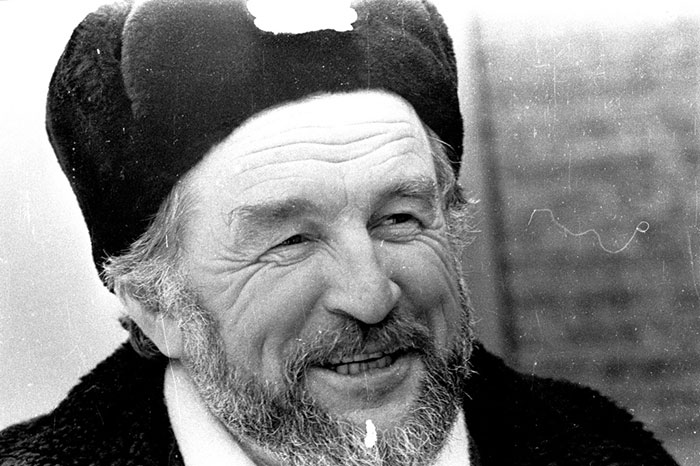 Mission of the race

The inhabitants of villages located on the line of the road, and it’s  Anavgay and Esso, Khairyuzovo, Kovran, Ust-Khairyuzovo, Sedanka, Tigil and others know firsthand that Beringia is a celebration and interesting event of Kamchatka spring, which is rather severe.

Of course, the race, describing in the article - it is not just an ordinary sporting event, it is the continuation of the centuries-old traditions of northern dogs in the "starring". These wooly good lookers feel at home, it is their everyday life, which they love. It is no secret that they are engaged in the transport of wood, hay, fish, and of course their owners.

Participants mushers - it's a different story. Beringia is very loyal to the age of the participants, where everyone has the right to show their talents and share invaluable experience.

Surprisingly, the race has another value, hidden from the public eyes. It takes humanitarian mission - to bring to the remote northern areas food, stationery for schools, books, sports equipment and more.

Needless to say that boarding schools and representatives of the administration enthusiastically greeted mushers and fluffy racers. Winter numb falls rapidly the with settlements, appearing bright colors of folk costumes, start amazing concerts from local ensembles that have become a permanent part of the competition.

Kamchatsky north is harsh. Before the eyes there are kilometers of tundra, snow-covered, the mighty mountain passes of the Middle Range. The fearsome peaks of the Koryak Highlands may seem frightening. Time has stopped here and in the XXI century a decent transport has not yet invented, which would become an alternative to a dog sled.

Dogs are not afraid of blizzard in Kamchatka, they won’t lose the way and don’t get lost. Let us remember only Robert Peary and Roald Amundsen, they were the first, who not only to reach the North and South poles on sled dogs, but also safely returned, giving the world their discoveries.

Traditionally there are 8-14 dogs in team, and they have a hard time. They have to pull a weight greater than a center with musher. The musher often runs near the sled. The average speed of teams - 14-16 km / h. In 1 day racers manage to overcome the order of 40-100 km.

As part of the race there appear own stars and this applies not only to mushers, but also dogs. So, dog Tikhon became the "official face" of Beringia-2014.

The third decade Beringia prove in practice that it is absolutely necessary, and is not just for entertainment, but also becomes a vital need in the northern villages, becoming a major cultural event, improving the heavy weekday North, doing significant geopolitical tasks. So, the trail of the sledges already connects the eastern regions of Russia, Kamchatka Region and the Koryak Autonomous District, as if there is not such a huge distance.

How many good things in the list of Beringia? It couldn’t count: humanitarian, ethnographic, cultural and, of course, sports mission! It is true that from 2010 onwards, "Beringia" became an official holiday in the Kamchatka region.

There is a place for romantic, and for difficulties, because to cover the clear distance, pre-agreed, to stop for the night in the most remote villages, and sometimes in the snow-covered tundra, it is necessary to have some knowledge and skills. It is not simple.

To do this sport, you should be not just an enthusiastic - engaged in education and training of dogs, well take care of them. You must also know thoroughly routes, climatic and geographical features. However, recently there is a tendency that the participants of other regions of Russia take part in the race, as well as foreigners, they deliver dogs and their equipment to the Kamchatka on the aircraft.

It is worth noting that recent years Beringia has become more equipped in terms of security. For example, since 2012, dogs have GPS-collars.

Yes, these modern attributes for extreme events are designed to help ensure the safety of all participants. Based on the long experience of the competition, we can say that it is very difficult to find in the vast tundra lost teams, especially if the blizzard raged. It should remember that the race route passes through the deserted areas of the Koryak district, where between homes could be a distance of 100 km.

That is why the information component of the exact location harnesses can save lives. This is especially significant when involving new mushers from different countries.

There is all set for emergency management in the sled of mushers: thanks to it, it’s possible to hold out for several days under extreme conditions, waiting for help. There are miniature tent, sleeping bag, the stock of provisions, snowshoes and something else in the sled.

Myths and Legends of Beringia

To understand the essence of the event, it is necessary to tell about the logo expeditionary club with an identical name, "Beringia". It shows part of Eurasia – Kamchatka, Chukotka and part of Alaska, separated by the Bering Strait. As for origin of the name, Beringia is an ancient Arctic land located between North America and Asia. Contemporaries have not studied it, associating with Atlantis, but unlike the latter, Beringia is more real and actually exists. It can be seen in the study of modern maps showing depths of the sea in the area of the Bering Strait. Imagine for a moment that the sea level is below 100 meters, it was then uncovers a large area of the shelf, revealing Beringia. Previously, it was a land bridge between North America and Eurasia.

The paradox lies in the etymology of the name (its origin), as Beringia is named after Vitus Bering, the legendary explorer. It just proved the opposite, namely the lack of availability of the isthmus between the two continents.

Returning to the logo, we note that the "base" of Kamchatka portrayed musher, who skillfully manages the sled dogs. Thank the artist Vladimir Lazarev for illustration, who is a dog-driver too.

Summarizing all said above, we can say with confidence that Beringia was not only a huge celebration of sporting character, but also a brand of the Kamchatka, because guests from all over the world come here to see the mushers and their pets. Some of them later decide to take part in this wonderful action.

If you wish to become a guest of the race, to see how to keep the tradition of the local people - welcome - you will not be disappointed for sure. Let us recall that the competition begins each year in March.

You will become an eyewitness of adventure, courage, mutual support, and a lot of surprises, because the route of Beringia transformed and changes every year, so the secret is kept until the last. Daily the musher must overcome pre-agreed distance, stopping for the night, then start at the scheduled time in the morning.

You might even want to take part in this race and compete for the grand prize. Why not to organize your team, which will challenge the snow storms and the taiga? Age and nationality do not matter, because in Beringia the main thing is common goals, positive, unity of cultures and the preservation of ancient traditions. The race manages with that, without exaggeration, "perfectly well".