Dead forest on the Kamchatka Peninsula is an area near the volcano Tolbachik. In 1975 a strong volcanic eruption began, which lasted 1.5 years. In the beginning, the eruption was of explosive. A large amount of ash and a variety of volcanic debris was ejected to a height of several kilometers.

Cloud of hot ash covered the nearby forest and destroyed all life. Most animals feel the approaching catastrophe, and leave the dangerous territory, so that, for the most part, suffered the vegetation.

Although ash covered trees and burned them to the core, the strongest were left standing. The air still has the smell of sulfur, and the land is covered with a thick layer of ash and slag. Looking around the area and immerse yourself in the sinister atmosphere that comes to mind only one name - the dead forest.

Dead wood in Kamchatka its scenery reminded to Soviet scientists moon landscape. Therefore, while there was established a secret base of test rovers. Access to the military base has been severely restricted. Then all the research was transferred to another location, and eventually the base was abandoned. The last remnants of the base lunar rovers disappeared under the lava from the eruption of Flat Tolbachik in 2012. 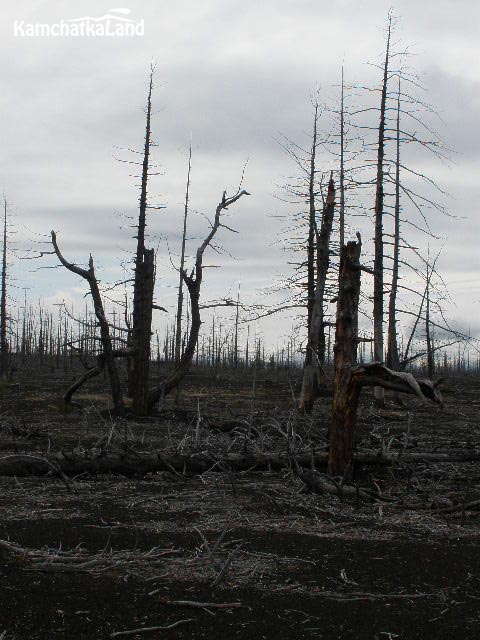 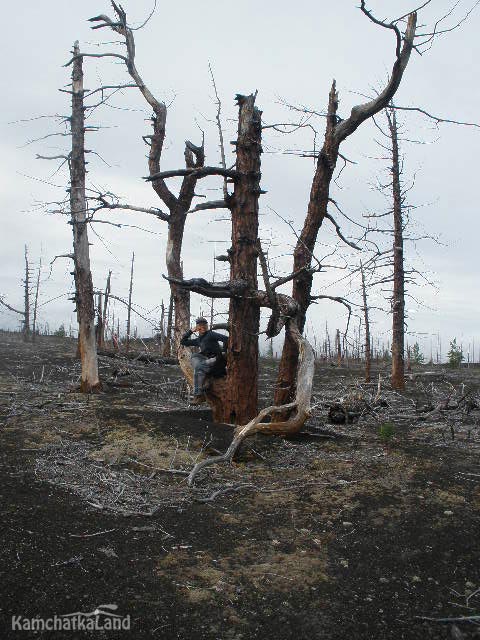 Big eruption in 1975 was predicted a week before. This gave the scientists time to prepare and monitor the incident from the beginning to the end. During the eruption of no one of the people was injured, that could not say about technology. Mi-4 has failed from a large number of volcanic ash and made an emergency landing. A fragment of tail section still rests in the dead forest in Kamchatka.

For many years have passed since the events, but nature is not fully recovered. It takes more time. At the foot of the volcano is still a lifeless desert. But the recovery is little by little. Here and there, some shrubs make their way through the thickness of the sand; moss can be seen on the surface. 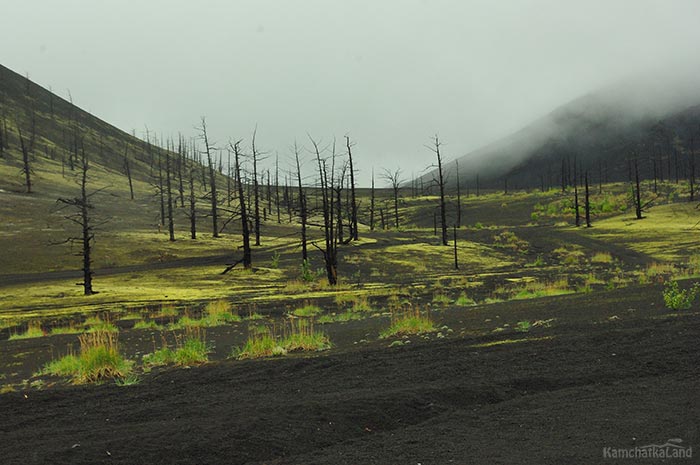 Stepping further away from the crash site, and we will find flowers that seem to be a miracle at this sad place. 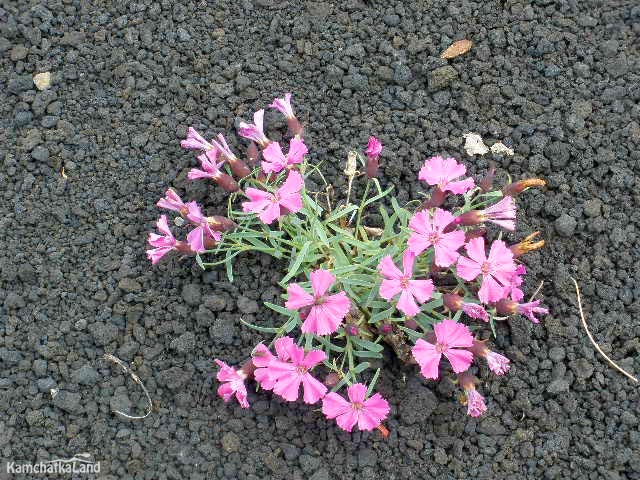 Verdant trees slowly start to appear. And on the horizon forest is visible. 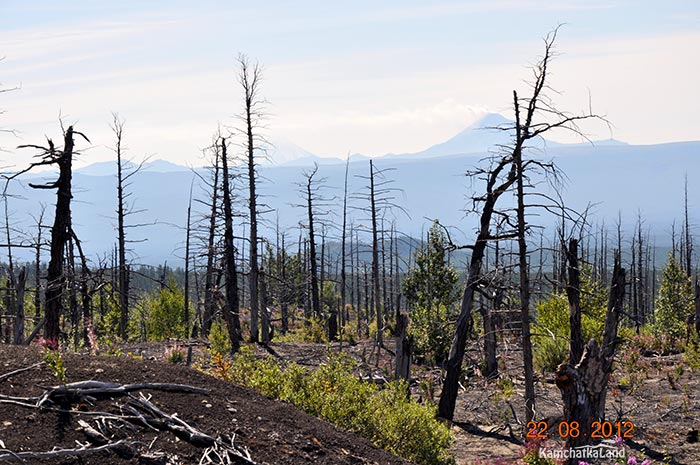 Dead Forest in Kamchatka is still far from totally recovery. It can happen that a new eruption will change even more of the surrounding area. Because the volcano Tolbachik will keep its activity for hundreds of years.

Tourists usually visit the Dead Forest on the Kamchatka Peninsula, a part of excursions to area Great Tolbachik Fissure Eruption.