Discovery of Kamchatka and the foundation of Petropavlovsk-Kamchatsky

Petropavlovsk - Kamchatsky - the oldest city in the Far East. These well-known cities such as Magadan, Khabarovsk, Vladivostok have a very young age. By comparison, Petropavlovsk-Kamchatsky is located on the shores of a beautiful bay, surrounded by volcanoes and mountain ranges. 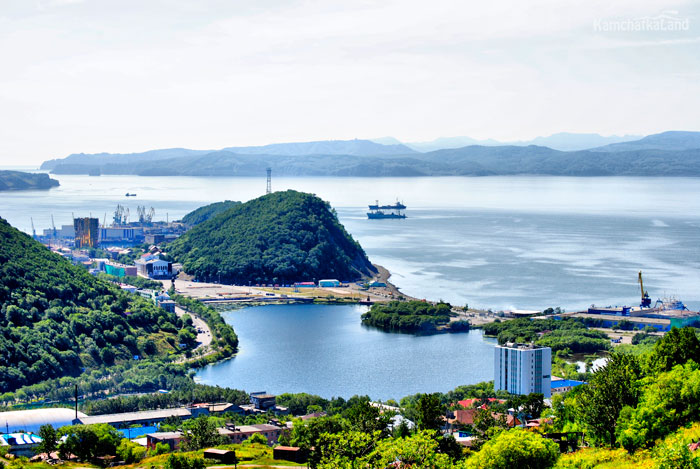 In 1697, Vladimir Atlasov finally annexed Kamchatka to the Russian state. In his campaign, he went through all the west coast. During the expedition Atlasov met with indigenous people, to impose yasak from them. Not everyone was happy for such a meeting. Sometimes bloodshed happens. 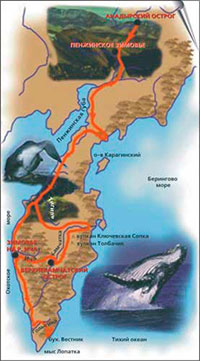 Also during his travell Vladimir Atlasov met with first Japanese visited Kamchatka. His name was Denbey. But the whole expedition was successful. Has been done a description of the new terrain. It produced a large number of furs. Later, all the records, as they were called "Skaski" were sent to the capital. The discovery of Kamchatka by Atlosov was appreciated in the capital, as well as his talents and successes.

And soon Avacha Bay was opened by the Russian Cossacks, led by Rodion Presnetsov. Surprisingly, almost 40 years after the event, Russian did not appear here. The next visit of Avacha Bay was held after almost half a century. Already in 1740, in the summer, the Second Kamchatka expedition was appeared on the horizon. Elagin Ivan Fomich led the expedition to the shores of Kamchatka.

A place for the future port was selected with great forethought on the farthest borders of Russia. The first buildings rose near the Aushina nomad camp, located in a convenient bay hidden behind Sopka. On the hill was established Russian naval flag.

A little later in the autumn two packet boat directed by famous explorer Vitus Bering come to the bay. The names of these ships "St. Paul" and "The Holy Apostle Peter", given in honor of the saints who protect seamen and researchers. 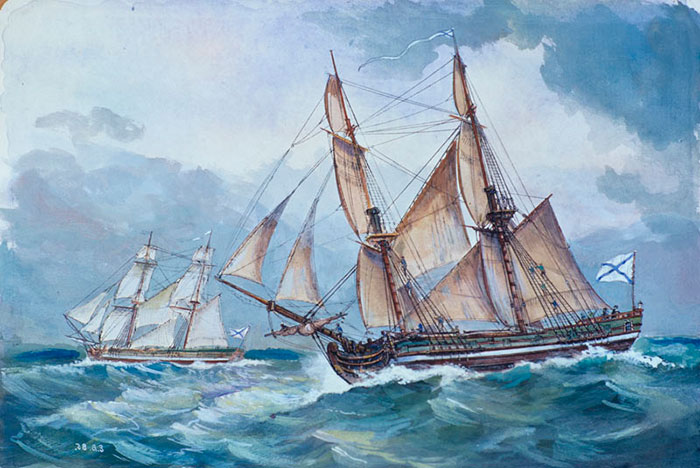 This day, October 17th, 1740 is considered the founding date of the city.

For many years, after the departure of expedition of Vitus Bering, a settlement created by them did not develop. Ships of different countries visited the Avacha Bay. In 1779, Charles Clark, assistant James Cook visited Petropavlovsk.  Description of the area by members of this expedition was not happy. They met only a few houses on the coastal strip, constructed on stilts. The rest area was unequipped and wildlife.

In 1787 Jean-Francois La Perouse came to Avacha Bay - the famous French explorer. According to his description, only about a hundred people lived in the city. Discovery of Kamchatka took place at this time for the whole world.

In the XIX century the most famous explorers, travel around the world, visitors come to the port of Petropavlovsk. Among them distinguish the most famous names of our countrymen: Ivan Kruzenshtern, Vasily Golovnin, Fedor Petrovich Litke, Otto von Kotzebue.

General Nikolai Muravyov-Amurski admired the beauty of Avacha Bay, as well as the convenience of the port and the geographical location, while being governor of Siberia. 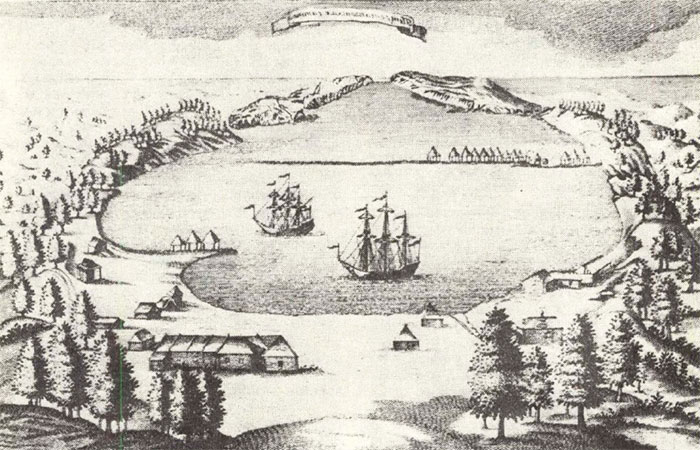 Conveniently located Avacha Bay, is a significant interest for foreign governments. Alien ships are frequent guests in its area. And it demanded from the imperial government to strengthen the eastern borders of Russia and the creation of the Peter and Paul harbor the convenient port.

However Petersburg showed extreme indifference to the fate of the Russian long-distance lines. The lack of military and economic support seriously affected the development of Petropavlovsk and Kamchatka as a whole.