Freeride in Kamchatka is a stunning view of the volcano, a huge amount of snow and the remoteness from civilization. Silent white ocean covers the whole earth and brings the feeling of touching the most real, pristine nature. This time, smiles, good company and happiness.

You can ride from the slopes of volcanoes, in the forest or down to the Pacific coast. Kamchatka attracts fans of freeride from around the world not only by stunning and varied slopes, but also a great vacation besides skiing. In Kamchatka, a lot of recreation centers have ennobled thermal springs.

And after an active day, you are already taking a hot bath in the open air. Can a running jump into a nearby snowbank, and run back to warm up in hot water. At the same time all over the body, you will feel a slight tingling sensation from this temperature difference. The feeling on the verge of fantasy.) 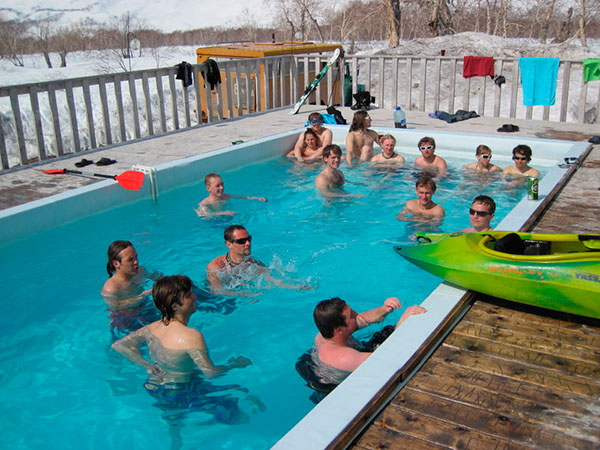 And how much energy you need to ride every day? Lots of! And this will help you a delicious lunch with red caviar and king crab.

The word freeride denotes skiing or boarding from unequipped slopes, away from the noise of civilization. It can be a place far outside the city and resorts, and easiest option freeride, when a person rises by a lift to the start point of descent and goes down from unequipped part of the slope. 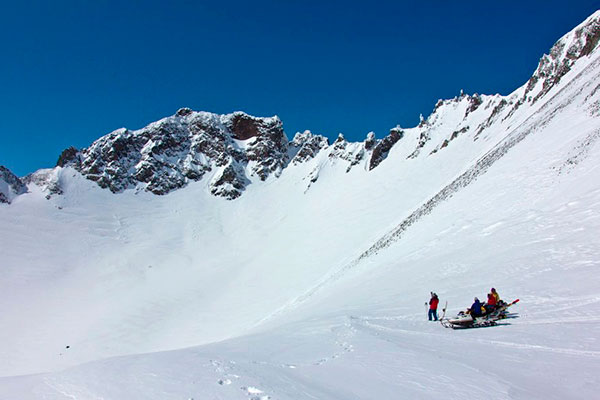 The concept of freeride is general, it includes several ways of riding. Actually it’s not riding, but getting to the starting point of descent. In each place, or country, has its own peculiarities.

Heli-skiing or heliboarding is called skating, in which riders are delivered to the top by helicopter. This is the most expensive but also the most exciting way. So you can get to the most remote peaks and places. 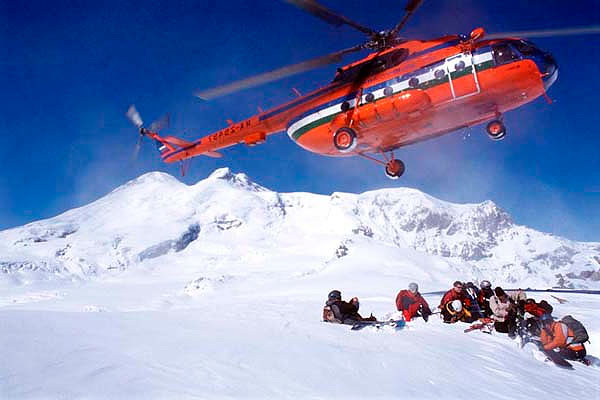 Backcountry means independent climbing uphill. Going up the hill on foot, carrying all their belongings on their own, you begin to appreciate the different aspects of these. Especially if you are not one, but with friends. Difficulties unite even more. But getting to the top, you feel victorious. After resting, smile bright rays of the winter sun, you get a long-awaited prize - descent on untouched snow.

Ketskiing - using snowcat equipped with seating cabin for delivery to the start of the descent. This is a cheaper option than the use of snowmobiles, as in the cabin is placed more skiers. Also, if the weather let us down, and the helicopter can not fly, the snowcat or snowmobile an excellent alternative for transportation of riders. Freeride in Kamchatka, and in any other place, for people whose level of riding above average. In addition, you should realize that you are in the wilderness, and you need to be able to quickly make important decisions. People who are engaged in free ride, should be able to provide first aid to know the nuances of the terrain, as well as basic knowledge of avalanche safety.

For freeriding in Kamchatka you will need more specialized equipment than normal riding on slopes well equipped:

The most popular places for freeride on the Kamchatka Peninsula are Avacha and Vilyuchinsky passes, the volcanoes Bakening and Gorely. But honestly, you can ride in Kamchatka absolutely everywhere, at any slope. Even in the city of Petropavlovsk-Kamchatsky has hills that are not difficult to climb, and then through the forest between the trees slide down.

The peak season for those wishing to try a free ride on the Kamchatka Peninsula it’s time from late February to late April.

Now look a little video about Freeride in Kamchatka