Koryak volcano: the panorama of Kamchatka

Koryak volcano - active volcano, located 20-30 kilometers northeast of Petropavlovsk-Kamchatsky. The volcano is visible from the city and is on the list of so-called "home volcanoes". 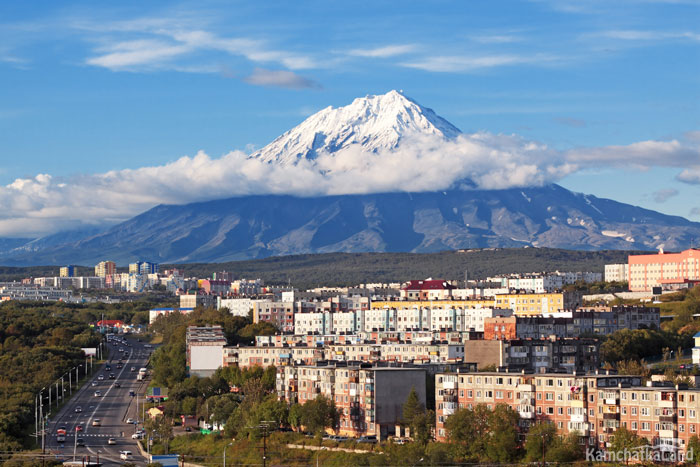 Very often on maps you can find the name of the volcano as a Koryaksky Sopka. But it was not always. In his studies of land Kamchatka Stepan Krasheninnikov using a different name for this volcano – Strelochnaya (Arrow) Sopka in the 18th century. Locals living near the volcano, found volcanic glass that was used in the home, including the manufacture of arrowheads. From this comes the name Strelochnaya (Arrow) Sopka.

Later, in the 19th century, nomadic locals – Koryak with deer, formed a settlement at the foot of the sopka, and which became known as "Koryaks". A nearby mountain called "Koryak Volcano", which is used till now. Koryak volcano stands out from its neighboring volcanoes, especially its height. It is 3456 meters above sea level and is the highest in the southern part of the peninsula.

For its type Koryaksky Sopka belongs to stratovolcano and has a conical shape. The cone is formed by basalt and andesite structures, as well as lava and ashes. The angle of the slope is quite high and reaches 35 degrees at the top and at the bottom is about 15-20. Reaching the top attracts many climbers. The ascent is considered to be quite complex, and already took many lives. Slopes of Koryak cut by expanding to the foot of deep furrows, blurred flowing water. They are clearly visible, even when filled with glaciers and snow.

In the western part of the Koryak volcano there is modern crater, it has a diameter of 200 meters, the edges of which are partially destroyed by past eruptions. In the northern part of the vertex there was another ancient crater on this place there is cirque with a diameter of 500 meters and a depth greater than 100 meters, currently filled by a glacier.

Glaciers and snowfields cover the entire northern slope. Stretching to the foot, they reach a length of 4 km. On the lower slopes of the Koryak volcano are located cedar forests and stone birch. 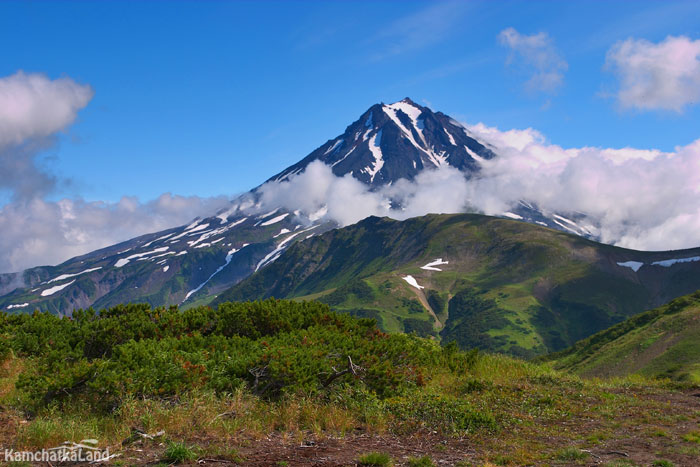 Koryak volcano is still considered as acting. But its size does not comply with the intensity of the eruptions. In modern history, was recorded the strongest eruptions in 1895 and 1956.

The first eruption was pretty calm. Explosions were observed, and from the crater lava flowed quietly. Solidified lava flows can be seen on the slopes of the volcano and now, but they have not reached even the volcano.

The second eruption, which began in 1956, was of explosive. From the crack, about half a kilometer long and 15 meters wide, it went up a column of ash and gas. The height of the column  up to 1.7 km. The outpouring of lava at the same time has not been fixed.

In late 2008, the Koryak Volcano again surprised locals ejection of ash and gases, it stretched for dozens of kilometers. But the eruption did not happen. The threat in the event of an eruption of nearby settlements have not yet discussed. That's how we live). 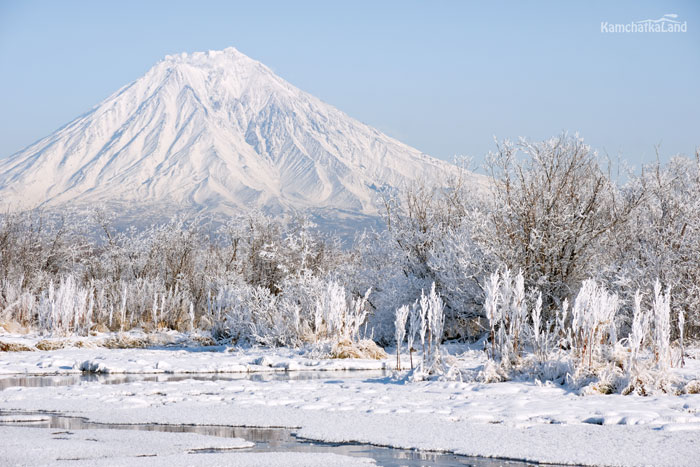 Locals love Koryak volcano for its grandeur and the constant presence on the horizon. This panorama can not be forgotten ever. 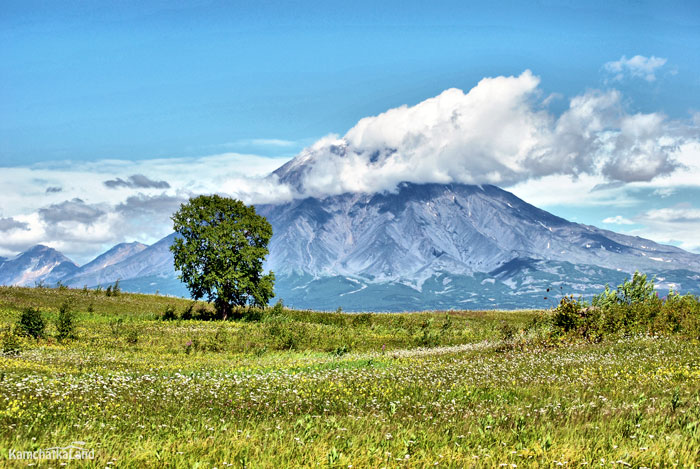 In Kamchatka, there is one volcano, climb to the top make even the children. Each year starts mass ascension of local and tourists, which gathers a large number of people. It is Avachinsky volcano.